Android is an operating system that is primarily designed for mobile phones. Google has developed the operating system based on the Linux kernel and other open-source codes. The operating system is used on touchscreen devices like smartphones and tablets. However, nowadays they are used in Android Auto cars, TVs, smartwatches, cameras, etc. Since its release, it has been the most popular operating system for smartphones. Android OS was developed by Android Inc. which Google bought in 2005. For these smartphones, a variety of applications (apps) including games, music players, cameras, etc. are designed. In total, there are more than 3.3 million apps in the Google Play store. All the applications are designed using the Android Studio application. APK (Android Package Kit) is a bundle or package designed to install these executable apps. 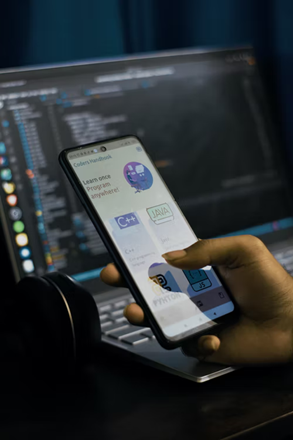 2. Lifecycle of Activity in Android App

For Android app development, you just need a Mac or Windows computer, any type of Linux distribution, Eclipse, the ADT plugin, and the Android SDK, which are all free. If you'd like to learn how to set up your development environment, you can consult the installation guide on Google; it provides documentation on everything that's required. When writing Android apps, there are a number of unique parameters to consider. Here are some of them:

● Lags of more than 100ms will be noticed by the users

Lifecycle of Activity in Android App

An Android application's lifecycle can be divided into stages as followsOn Create: When a new activity is created, this method is called.

On Start: This is called when the activity first appears in the user's view.

On resume: This occurs when the activity starts to interact with the user.

On Pause: When the user is not able to observe the activity.

On Stop: When the user is no longer able to observe the activity.

On Restart: This is called when an activity is stopped, then re-started.

On Destroy: Used to close or end an activity.

The two most commonly used programming languages in Android App development are Java and XML. Mastery of these programming languages is therefore a prerequisite for developing Android applications. Packages, Objects & Classes, Inheritance & Interfaces, Strings & Numbers, Generics, Collections, and Concurrency are a few of the basic concepts of Java programming.

You will be able to build/develop a more robust and elegant Android application if you have a thorough understanding of Java and XML.

Today, 77% of Americans own a smartphone and spend a lot of time using apps. It is imperative to remember that in 2017, 197 billion apps were downloaded, making it a very stable career with a lot of growth opportunities. Make your children learn more about Android App development with the DIYA Certified Android App Development course. With this course, your children will learn Android fundamentals along with the other skills they need. Upon completing this course, children will be able to create a basic Android application using emulators and screen layouts.