How AI is revolutionizing the art world and enticing a fine arts competition?

The world of art is in the midst of a revolution. Technology is playing an increasingly significant role in how we create and consume art. In recent years, we have seen the rise of digital art, as well as the use of artificial intelligence (AI) to generate ideas and artwork. Some believe that it takes away the ingenuity and uniqueness of art. Others believe that it is a natural progression of art and that it can be used to create new and exciting pieces of art. For the first time in history, AI is playing a role in creating works of art. This new form of art is known as ‘generative art’ and it is created by algorithms that are programmed to produce images or videos that are similar to those created by humans. Generative art is not just a gimmick – it is a legitimate form of art that is being embraced by the art world. In 2018, an AI-generated image called ‘Portrait of Edmond de Belamy’ was sold at Christie’s for $432,500. The same year, an AI-generated video called ‘Deep learning’ was screened at the Tribeca Film Festival. AI-generated art is controversial, and it raises a number of questions about the future of art. Is AI going to take over the art world? Will AI-generated art be able to replace human-created art? What is certain is that AI is revolutionizing the art world.

This blog post will explain how artificial intelligence has changed the art world and how the digital art category at the Colorado State Fair has been dominated by it.

AI's impact on the art world

It is no secret that artificial intelligence is rapidly changing the world as we know it. From self-driving cars to finance and healthcare, AI is reshaping industries and redefining what is possible. The art world is no exception. With the help of AI, artists are now able to create works that are more realistic and lifelike than ever before. AI is also being used to generate new works of art, and some believe that it will eventually surpass the creativity of humans. Whether you love it or hate it, there is no denying that AI is having a major impact on the art world. And as AI continues to evolve, this impact will only become more pronounced.

In a recent art competition in Colorado, an AI-created painting was developed by Allen, a game designer from Pueblo West, Colorado partook and it won first prize in the category of "digital arts/digitally-manipulated photography." This is a significant achievement for AI, as it shows that the technology is capable of creating art that is on par with human artists. This painting was created by an AI program called "Mid journey". A Mid journey is a type of neural network that is able to generate images based on a set of inputted data. The artist named the winning image "Théâtre D'opéra Spatial" or "Space Opera Theater". Figures in robes looking out through a viewport in a space setting are depicted in the artwork as the title suggests. In this work, classical Baroque elements are combined with elements from space opera. The AI was given a set of images of landscapes and instructed to create a new image based on what it had learned. The results were impressive, and the AI-created painting was awarded first prize in the contest. This is a big step forward for AI, and it shows that the technology is capable of creating art that is equal to or even better than human art. While some people are excited about this development, others are worried that it could mean the end of human creativity. Only time will tell, but it's certainly an interesting development worth keeping an eye on. 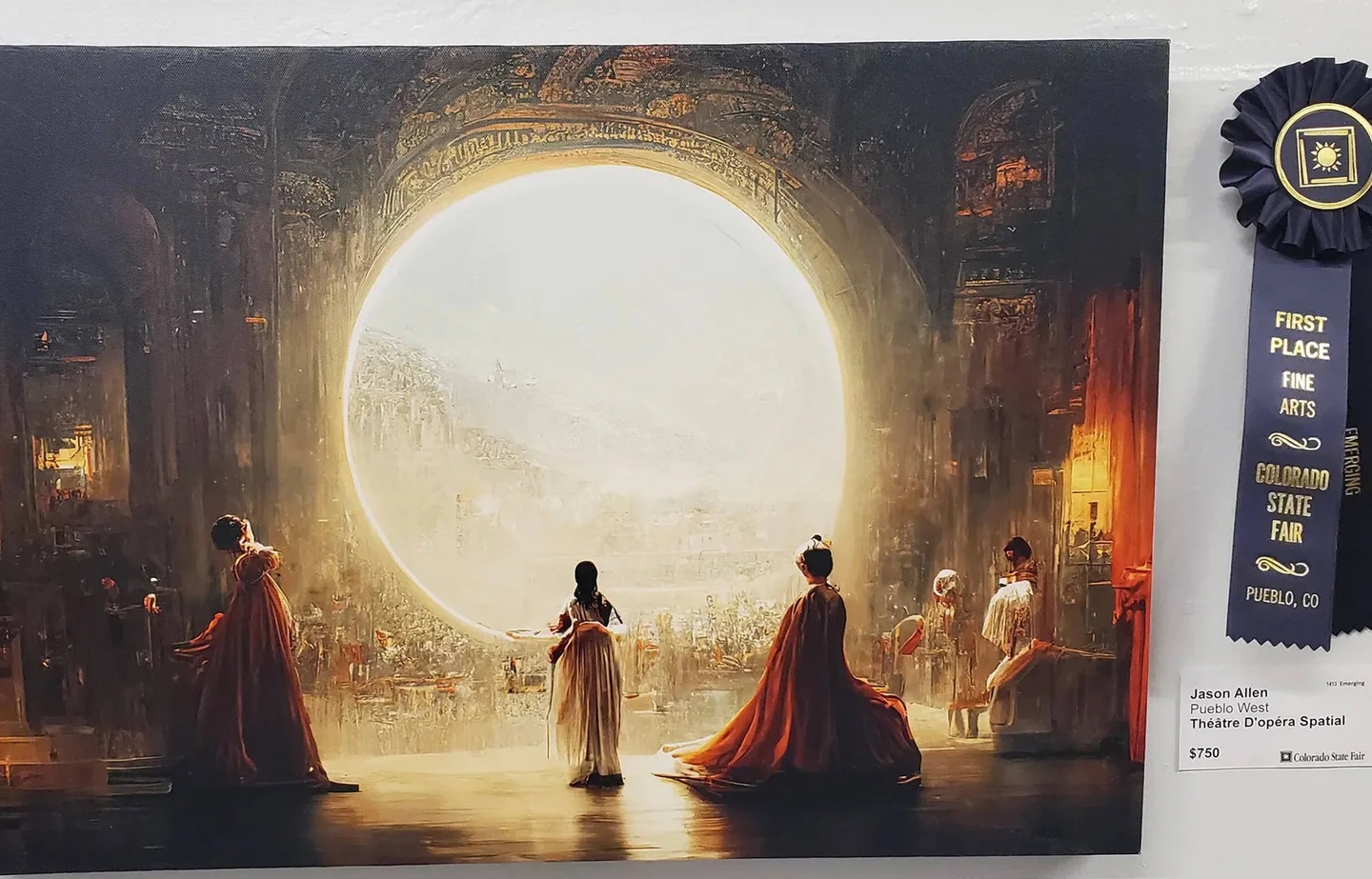 AI will be the way machines and data science interact, and it's already happening in a substantial way. Virtual assistants like Google Assistant are becoming increasingly sophisticated, allowing users to do everything from ordering products online to planning their schedules. Artificial intelligence is now appearing in artworks that engage in competition and triumph just as humans do. However, when it comes to building AI, programmers and developers are required to do so.

No matter how we thrive to achieve something we should have proper guidance for that. That is why here at DIYA , we furnish your children with better prospects in life by acquainting them with how to build artificial intelligence. By building AI, children will be formulating dexterities that will help them in life as well as learning how to engage with technology. This will give them a chance at a better future by learning about all technologies.

Are you concerned about your child's future? Enroll today at www.diyalabs.my and receive a free RM75 session!