How Are Robots Used in Space?

In space, robotic spacecraft have system mobility and the ability for object manipulation with flexible combination by remote control. The main role of space robots is to collect samples for examination and to assemble the structure around the astronaut.

Why do we send robots to space?

We can send robots to explore space without having any worry about their safety. In the case of humans, we need to take care of their safety. We need robots to stick around long enough to examine and send us information and status about the robot’s destinations. But even if a robot fails to process the task, the humans will be involved with the task and examine the task with all safety measures.

Economically, sending a robot to space is much cheaper than sending a human with all safety measures. Robots can survive in space for many years and can be left out there - no need for a return trip (as dust)!

In addition to it, robots can do lots of tasks that humans can’t. Some may be able to withstand harsh conditions, like extreme temperatures or high levels of space radiation. Robots may also be able to build new things which the astronaut can’t.

Historically, the robotics role in space exploration has been significant under uninhabitable conditions of solar planets in the solar system. Nowadays robots are defined as “a self-sensable device which includes electronic, electrical or mechanical units that can function in place of a living agent.”

In the early days, animals such as dogs or monkeys were often sent to space in order to conduct experiments that may increase human knowledge of conditions on other planets and the Moon. 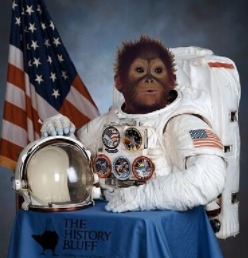 Meanwhile, humans have set foot on the Moon to enhance the scientific knowledge of conditions on solar planets including Mars, Venus, Titan and Jupiter come almost exclusively from space exploration experimented by robots.

As robotic technology eventually allows robots to reach space faster and to experiment with the task very quickly, humans are able to collect more data about conditions in space significantly.

Based on the robotic technology used in the fuel pumps of the space shuttle, a miniaturised ventricular-assist pump has been successfully developed and integrated for implantation in heart failure patients in space.

Properties of metal alloys such as shape memory alloy examined for the space station have been used for designing and developing golf club inserts, helicopter blades, medical equipment, etc.

Space blanket insulation kits for use in automobiles and including race cars have been created using the NASA space shuttle using materials of the thermal protection system to insulate and heat-generating regions of cars and other heavy space vehicles.

With the help of cutting edge three-dimensional (3D) virtual reality technology and augmented reality technology used in the development of planetary space explorer vehicles, it is possible to develop powerful space tools that graphically represent complex space devices in a 3D environment.

Yes! The robots which look like humans in appearance are called humanoid robots. There are some tasks for which a robot that moves more like a human might be best and which is more helpful in examining the same task with high perfection when compared to human beings.

We may like to have humanoid robots which are helpful to prepare future human settlements on Mars. NASA's Johnson Space Centre has developed a humanoid robot named R5 or Valkyrie which will do the tasks like humans.

If you are interested in learning and teaching robotics and its technology, kindly register with us at www.diyalabs.my so that you can avail yourself of a free online learning session for you and your child to observe and see what you must look forward to!😇